How do I prevent my pedestals from being hit by mowers?

How do I find my pedestals when they get overgrown or covered with snow?

How do I prevent damage to my pedestals?

Pedestals can be expensive to repair and damaged pedestals can disrupt customers service. Pedestals and other above ground closures are frequently damaged by mowers, right of way clearing equipment, snow plows, ATVs, snowmobiles, and farmers. When pedestals are damaged and service is disrupted customers often get frustrated or even angry. Although the damage is rarely the carriers fault, sometimes the disruption in service will lead to credits to the customers.

The best way to protect your pedestals is to be sure that all people and equipment in the ROW know where the pedestal is located. When vegetation gets high or snow piles up the best way to prevent damage is to install a high visibility marker behind the pedestal.

There are many types of markers that can be used and Rhino has virtually every style. Bright orange flat Rhino 3-Rail, 4-Rail, or 1-Rail fiberglass posts can be used, but if the equipment or ATV approaches from the side they will likely not see the marker. Our Rhino Domes will also work and be more viable but if you are sliding the marker over the u-channel post supporting the pedestal the dome will force the u-channel away from the pedestal.

Adding a sign to the u-channel post or woods support post can also work. The only down side to this method is that the sign will only be visible from the front. You can use 2, 3, or even 4 signs to make sure the pedestal and warning will be seen, but that is expensive. Plus, we hear plenty of stories of hunters using signs for target practice. We even hear some people say metal signs are stolen for scrap.

The Rhino TriView is triangular which makes it ideal for marking pedestals. It will slide right over a u-channel post and slip right between the pedestal and the metal post. With three sides both the post and your warning message can be seen from any direction. If you have wood support posts we also make a TriView sign that can be nailed to the post providing visibility from both sides. If you are concerned about visibility from the back you can add a second TriView sign to the back side of the wood post.

Of course you have buried cable in the area so be sure to include warning messages reminding excavators to call for a locate before digging. Resist the temptation to use a cheap flag or rod style marker, which we do offer, but don’t recommend because including a warning message is critical to the protection of your buried assets.

In the US include 811 as a part of the warning message, if you belong to the One Call Center, or Click Before You Dig in Canada. If you dont belong to the One Call Center we strongly suggest you do so in order to reduce damages to your cable, and save money. Since every marker you put out is also a small billboard visible to your customers and prospective customers consider including a color version of your company logo to help with branding.

I know of one Telco that had their unmarked pedestals continually hit by snow plows. They finally reached an agreement with the county that if they invested in marking the pedestals so the plow drivers could see them the county would pay for repairs if they hit them. This was a win-win because it saved the Telco money and made the plow drivers job easier, plus it reduced telephone service outages in the county.

Note: The TriVIew shown with a USWest decal was installed in 2008 and the photos was taken in 2018. Not bad for 10 years in Minnesota! 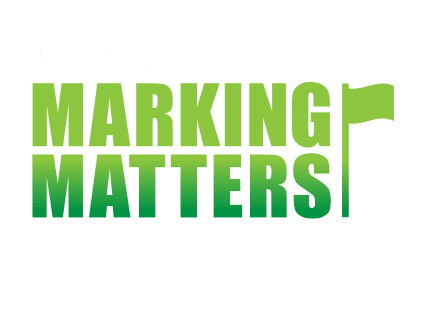 Our customer service team will typically get back within 24 hours. 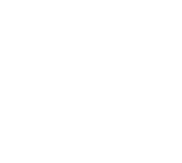 We use cookies on our website to give you a better experience on our site. Find out more by clicking the link below. By using this website you agree to the use of cookies.
AcceptReject Read More

This website uses cookies to improve your experience while you navigate through the website. Out of these, the cookies that are categorized as necessary are stored on your browser as they are essential for the working of basic functionalities of the website. We also use third-party cookies that help us analyze and understand how you use this website. These cookies will be stored in your browser only with your consent. You also have the option to opt-out of these cookies. But opting out of some of these cookies may affect your browsing experience.
Necessary Always Enabled
Necessary cookies are absolutely essential for the website to function properly. This category only includes cookies that ensures basic functionalities and security features of the website. These cookies do not store any personal information.
Non-necessary
Any cookies that may not be particularly necessary for the website to function and is used specifically to collect user personal data via analytics, ads, other embedded contents are termed as non-necessary cookies. It is mandatory to procure user consent prior to running these cookies on your website.
SAVE & ACCEPT